Home » About Us » Directors & Management

Set out below are the biographies of the Company's Directors and Senior Management: Dr Kennedy has worked within the natural resources industry for over 30 years developing and executing company and project strategies, in addition to his roles as an investment manager and as a senior advisor.  Currently he is Director of KCP Private Limited, a family office focused on investments in natural resources, infrastructure, technology, consumer finance and power.  In 2012, he co-founded QKR Corporation Limited, a diversified mining investment company backed by sovereign funds, institutional investors and high-net-worth individuals and served as a director until 2014.

Prior to 2012, Dr Kennedy was Managing Director and Head of the Energy & Natural Resources Group, Asia Pacific at J.P. Morgan Securities (Asia Pacific) Limited, where he managed a large Asia Pacific based team focused on Oil & Gas, Metals & Mining, Power and Chemicals. From 1994 to 2000 Mr Kennedy was Head of the Latin American Industrials Group (Oil & Gas, Metals & Mining, Utilities, Infrastructure and Construction) and member of the M&A, Debt Capital Markets, Telecom and Natural Resources Investment Banking teams at Salomon Brothers Inc. Dr Kennedy has graduated from Oxford University with a D.Phil./PhD in Economics and Politics, holds a Juris Doctorate from New York University and is a member of the New York Bar Association.

Roy was appointed CEO in March 2020. He is based in London and has over 35 years of technical, commercial and managerial experience in the international energy industry and was previously Partner, Head of Technical, at Kerogen Capital, a specialist oil, gas and energy private equity fund with over US$2 billion in assets under management across several funds. He will remain on Kerogen’s Technical Committee as an operating partner. Prior to Kerogen, Roy trained as petroleum engineer with BP and a number of independent oil companies. He also spent 14 years in consulting and advisory roles to the energy industry, latterly as Managing Director of Consulting at RPS Energy Ltd, which included reserves and resource auditing, and technical and advisory roles throughout West Africa, including Cameroon. Roy is a Chartered Petroleum Engineer, a Fellow of the Energy Institute and a Member of the Society of Petroleum Engineers. He holds a BSc (Honours) from the University of Wales and a MBA from the University of Durham. Mr Collins brings a wealth of expertise with over 20 years’ experience in Natural Resources Corporate Finance, advising on a broad range of corporate transactions spanning various commodity groups and transactions. He has successfully advised on numerous IPOs, public and private equity raises and M&A transactions for many Official List, AIM, TSX and ASX listed companies. Mr Collins is a Chartered Accountant and is currently a Partner at Alternative Resource Capital LLP.

John Daniel has 35 years of experience in the upstream oil and gas sector, including roles within operations, exploration management and business development. In November 2017, Mr. Daniel founded JD Oil and Gas Consultancy Limited, an independent oil and gas consultancy, specialising in technical and commercial due diligence for upstream oil and gas transactions. Prior to this, between 2011 and 2017, Mr Daniel was Technical Director at Kerogen Capital (UK) Limited, a Private Equity fund specialising in upstream oil and gas investments. In addition, Mr. Daniel held senior positions in exploration at Conoco, Lasmo and Ranger Oil, and in business development at Marathon Oil Company, MND Exploration and Production Limited and Sasol Petroleum International. Mr. Daniel has a MSc in Petroleum Geology from Imperial College, London and a BSc in Geology from Sheffield University. He is a Fellow of the Geological Society and a member of the PESGB.

Ms Baldwin has 18 years’ experience in the natural resources sector. As General Manager at AIM listed Celtic Resources Holdings Plc, gold producing operating in Russia and Kazakhstan she worked on numerous corporate and asset level transactions as part of the Executive Management Team until the recommended acquisition of the Company. After a period of consultancy work for Alternative Energy, PR and Company Secretarial clients she joined VOG to assist the Board of Directors in the head office in 2014 whilst providing support to the operations in Cameroon. She has previously held a Board position of Women in Mining (UK), and she currently holds two further directorships roles in charitable and social enterprises. She holds a Law & Economics degree (BA hons) from University College, Durham. 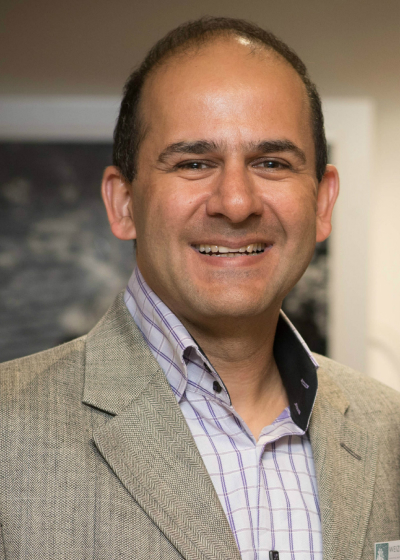 Prior to Sasol, Piran trained as a Process and Facilities Engineer with Fluor and delivered offshore and onshore field development projects including midstream facilities (LNG and pipelines) in Africa, Europe and Middle East with Technip, KBR and ConocoPhillips. Eric comes from a background in Project/Construction Management, with an extensive track record of successful major mining and related projects, in challenging environments throughout Africa, Kazakhstan, Europe and Russia. He has worked for some of the world’s largest Engineering and Construction companies having more than 20 years of Projects delivery management experience, with an emphasis on the implementation of Feasibility Studies, Engineering, planning, procurement, construction and commissioning. Eric was GDC’s Capital Projects Manager and Deputy Managing Director for 2 years prior to assuming the role of Managing Director.

Elizabeth joined the team in Douala in July 2015. Prior to then she worked for AEL Mining Services; from 2011 as their Financial Director for West Africa based in Ghana and from 2014 as their Financial Director for North and West Africa (Francophone countries) based in Burkina Faso. Other roles include Country Finance Director for Coca-Cola SABCO based in Tanzania, and various roles for Siemens in the UK, Germany and South Africa. Elizabeth holds a degree in Corporate Governance, Corporate Finance and Corporate Business Administration and also has an Executive MBA from Henley Business School. Divine Mofa has more than 16 years of oil & gas industry experience. A graduate from Prairie View A&M University in the USA, he has led various engineering projects accountable as project manager and engineer for the technical, financial and commercial aspects of offshore and onshore field exploration and development operations. Mofa has held senior positions with J Ray McDermott, Oceaneering, and Alseas.